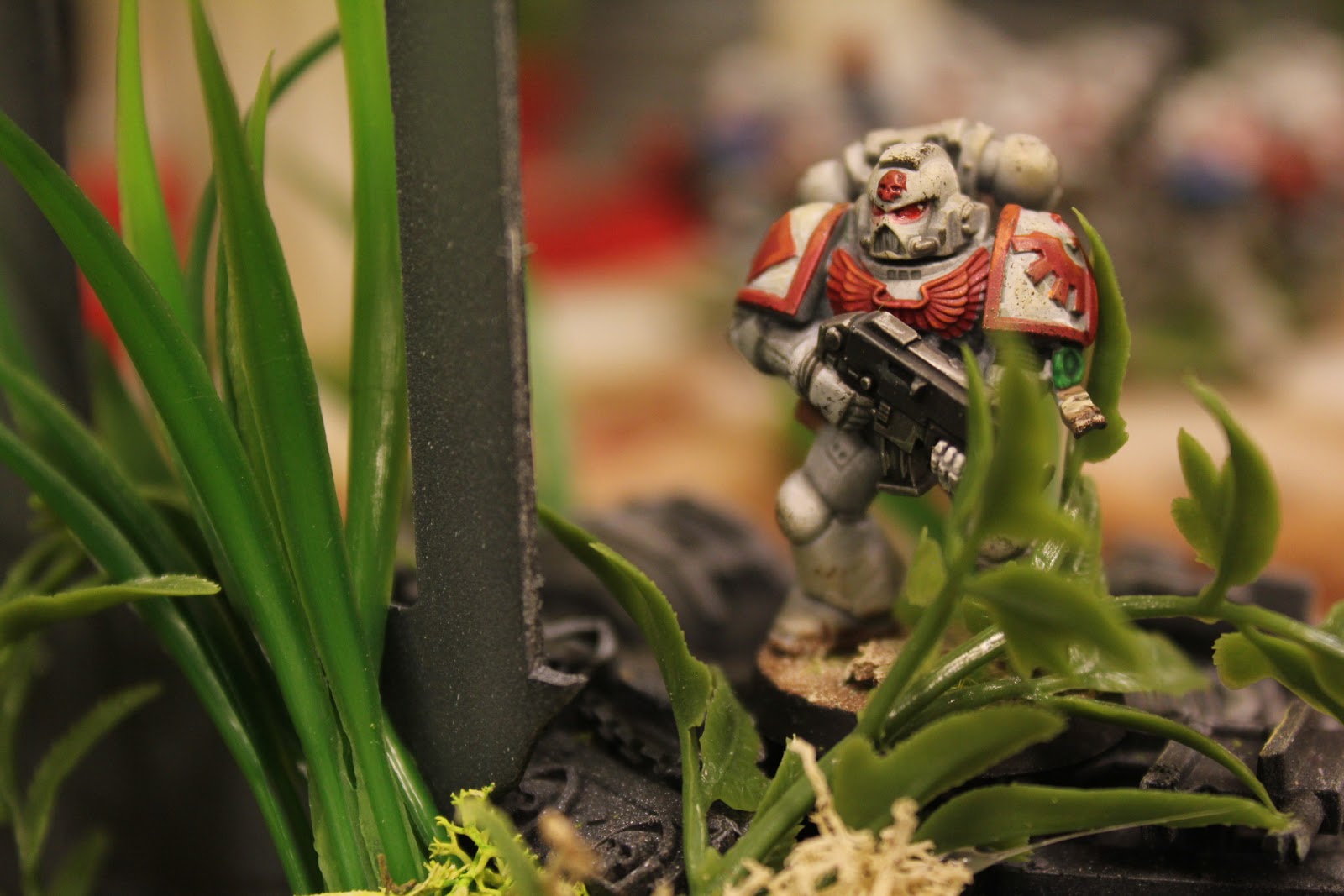 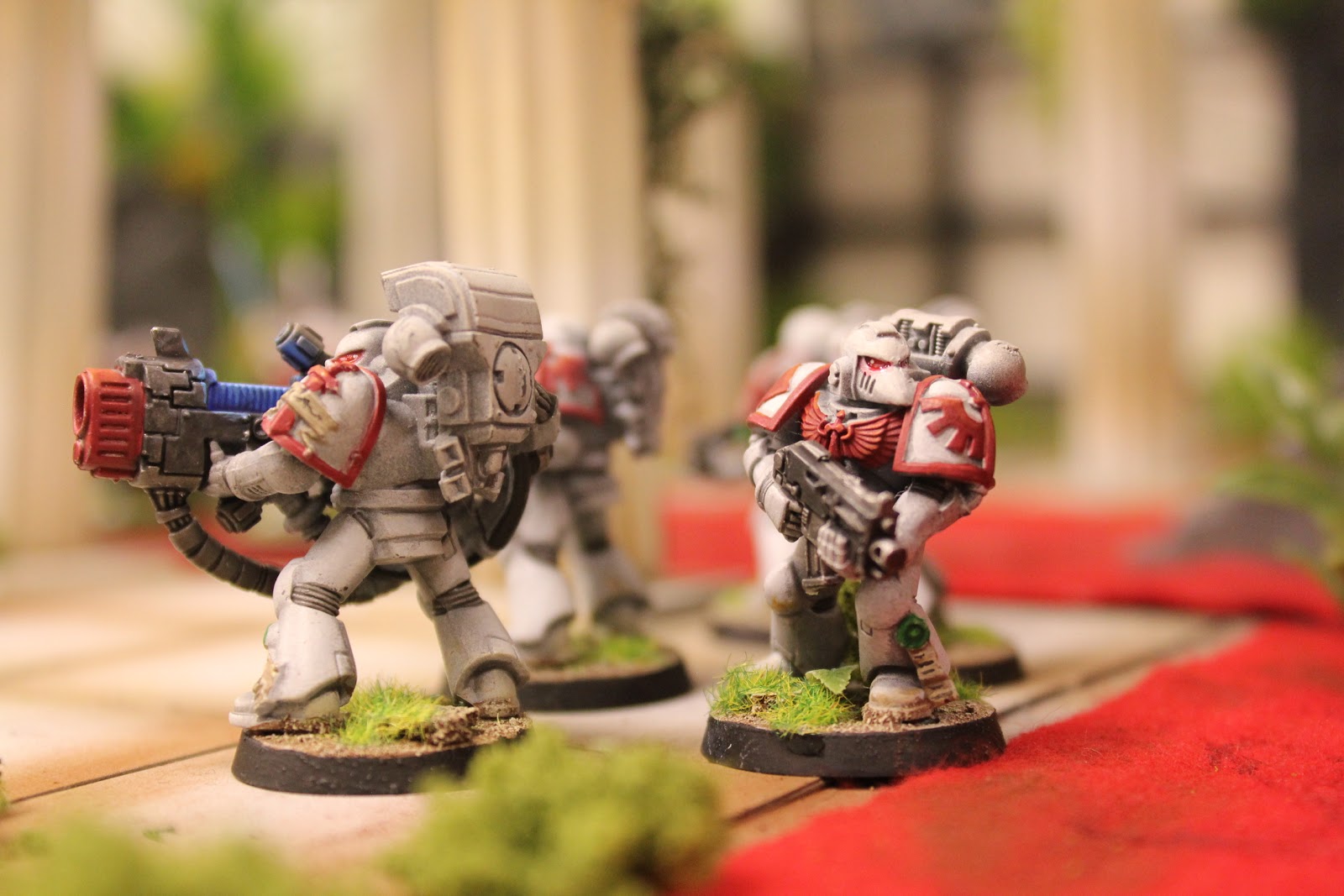 A squad of warriors clad in archaic power armor made their way through the thicket, scanning their sectors in a well-executed patrol formation. Their tactical file came to face a rumbling waterfall and the Brother Sergeant signalled the team to halt. Captain Priory had given an order to establish an overwatch position. The Commander himself kept striding through the round-shaped boulders, moist undergrowth and strange, bone-colored arc constructs that escalated from the ground in places. These ancient installations were partially covered with vines and moss but their alien nature reminded the Astartes of the special world their mission took place upon. 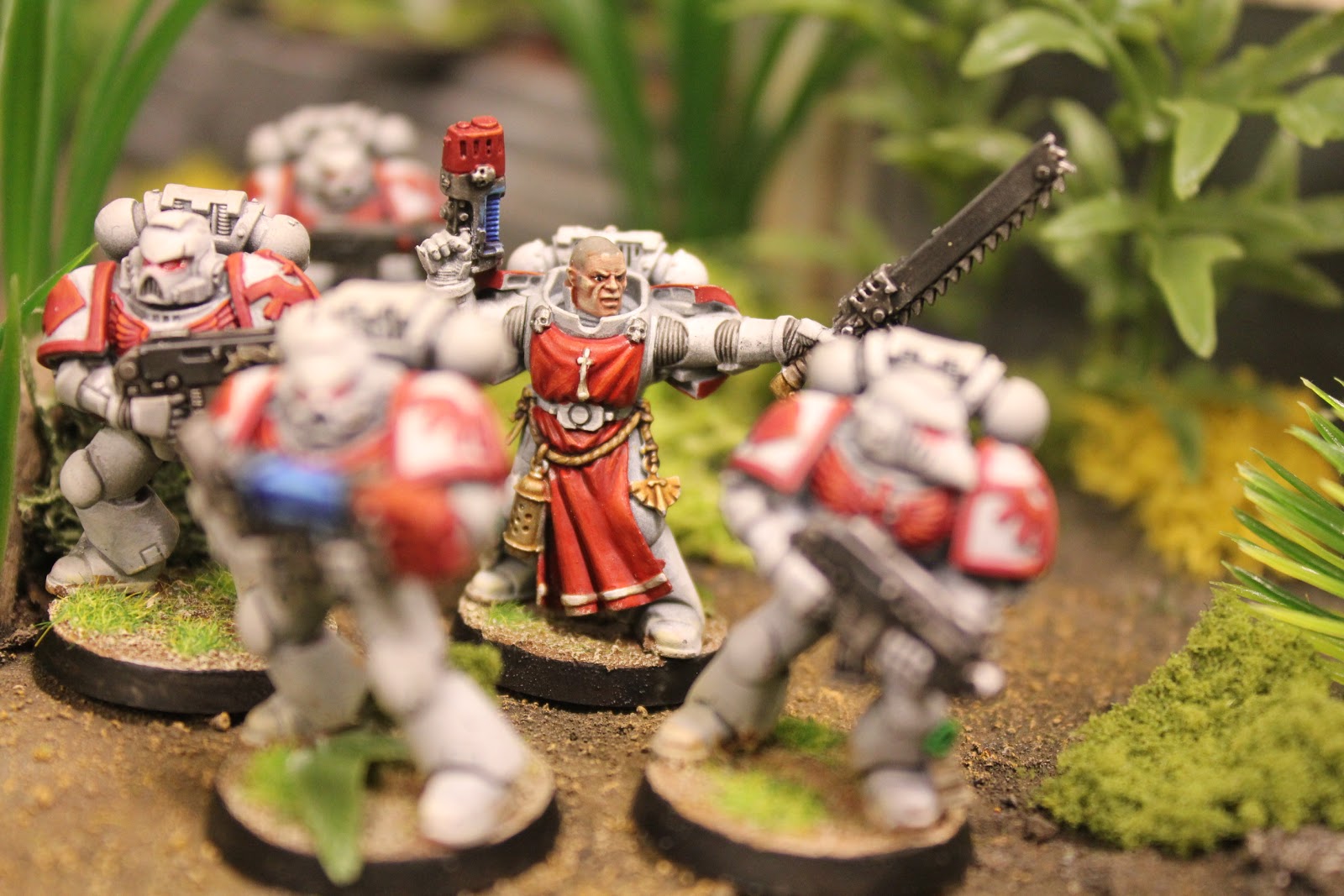 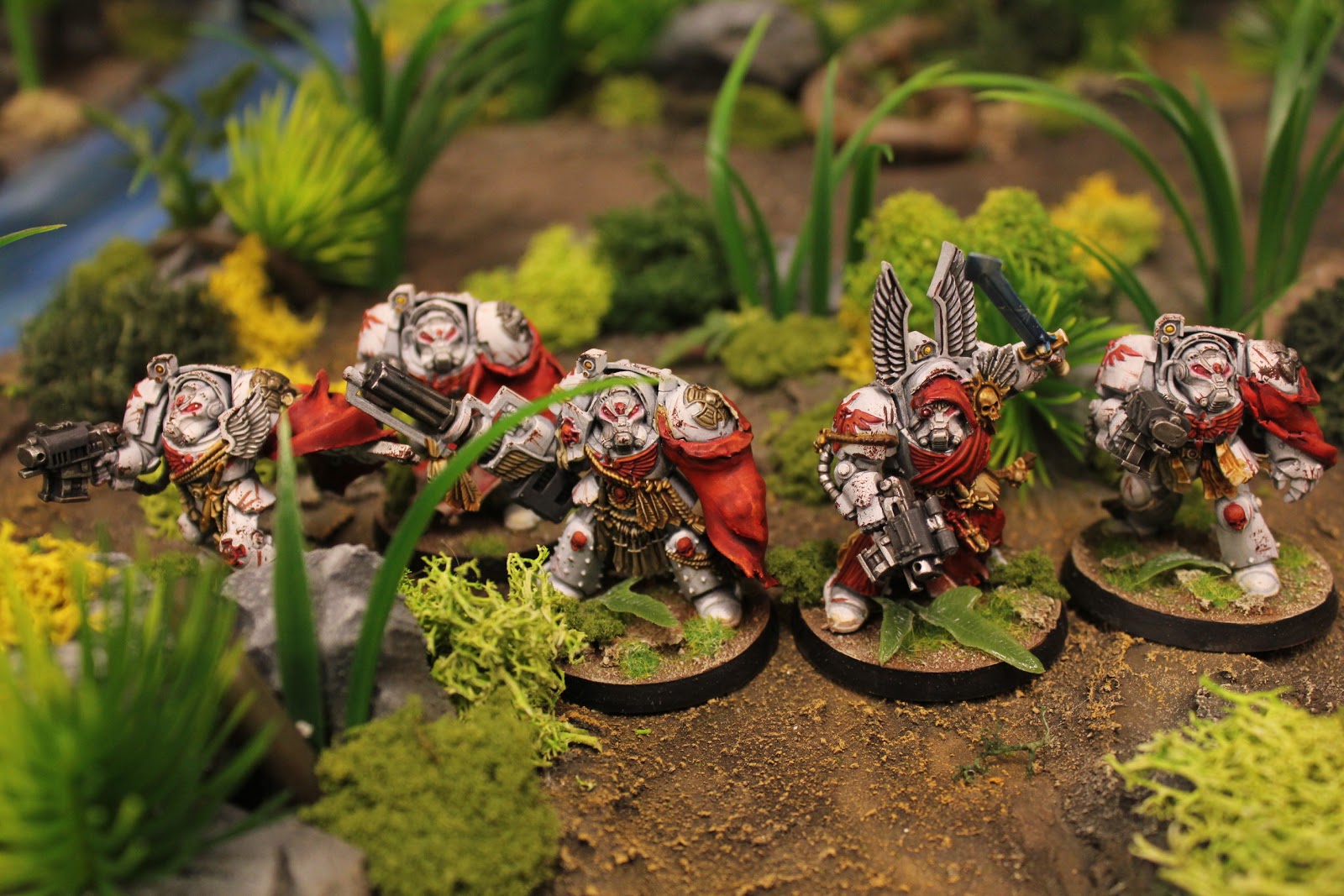 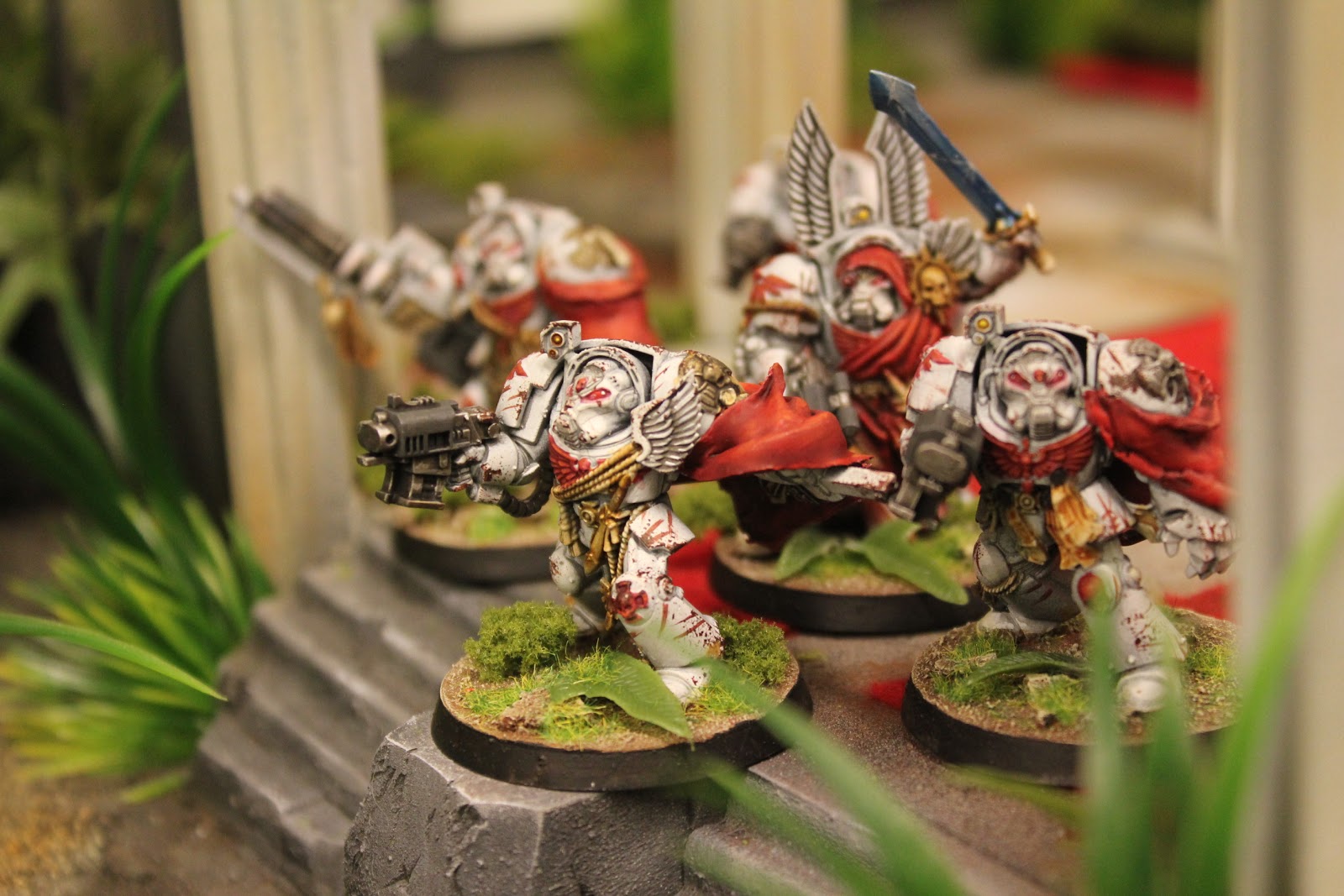 "Mind the Webway Gates." he spoke to his helmet radio with a stern tone of voice. "And keep clear of all Xeno constructs." A number of solid clicks marked the acknowledgement of his squad leaders. The strange Eldar might had once welcomed the Ardent Watch to visit the world of Saphiro, but the less attention their operation got, the better. By the Emperor, Priory's guess would've been they were being watched right now. Their descent to the mysterious and flourishing world was however an imperative.

Priory was present in the original meeting of the Chapter's Fleet Command and the unnerving Eldar council when the parties held their short negotiations four centuries ago. Back then, bearing the title of the Chapter Champion, Priory had followed his master and the alien counterpart walking the surface of Saphiro and exchanging subtle diplomacies. Back then his mind was full of suspicion and doubt and he waited anxiously for the opportunity to activate the destructive gleam of his power sword. During the war-torn decades he had however learned to place careful trust in these fragile relationships and the pact forged long ago. During the Council of Saphiro Captain Priory had seen Eldar Seers and Artisans mould reality and sing the smooth shapes of Webway portals out of thin air. Before their depart and in exchange to the Relic the headquarters of the Ardent Watch had passed over, the Eldar made a gesture that was to change the Marine Chapter's doctrine during the years to come.

In addition to their excellence in space warfare, the Ardent Watch were a Chapter specialized in protecting and disposing artefacts too powerful or ruinous to exist. During the centuries their warriors had tracked powerful technology lost during the great crusade and mighty artefacts tainted by dark forces. After wrenching these items from the hands of the unworthy or finding ways to split mountains to recover a lost object, the Marines then proceeded to hide relics that had potential and eradicating those which couldn't be controlled. And the Edge of Downfall surely could not.

The Brother Captain of the Ardent Watch walked the steps of a monumental chapel, that was built four hundred years ago in the heart of the jungle. Triggering an ornamental Teleport beacon on his belt clip Priory turned to lay his burden upon an altar stand and removed the wrapping to reveal a tainted artefact of soulless dread. The Daemon weapon reflected none of the bright sunlight that beamed in the Space Marine's shining armor. As the First Company Terminators materialized behind him and moved heavily to form an impenetrable defence perimeter, Captain Priory initiated the sacred ritual taught to the Chapter by the Eldar of Saphiro. 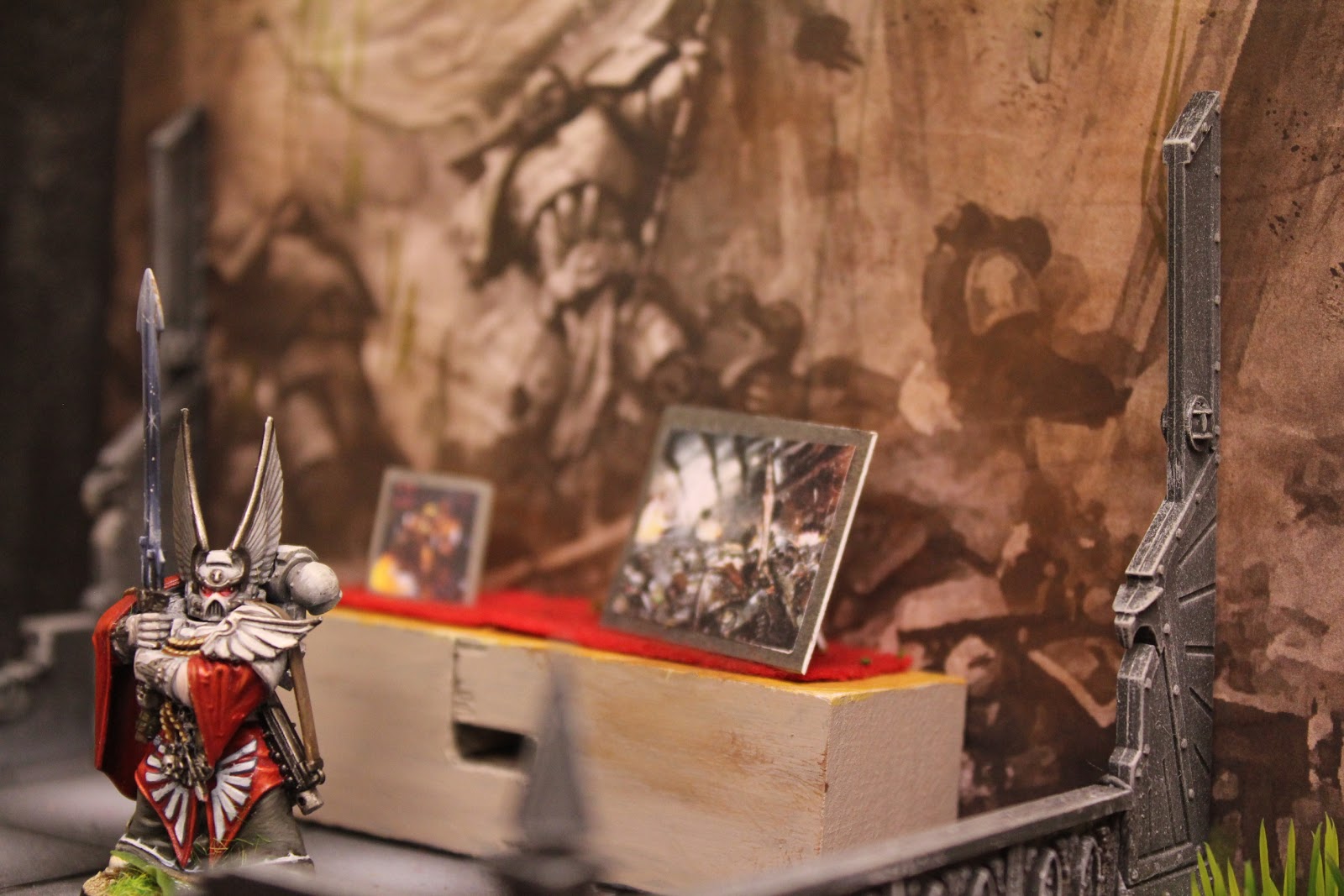