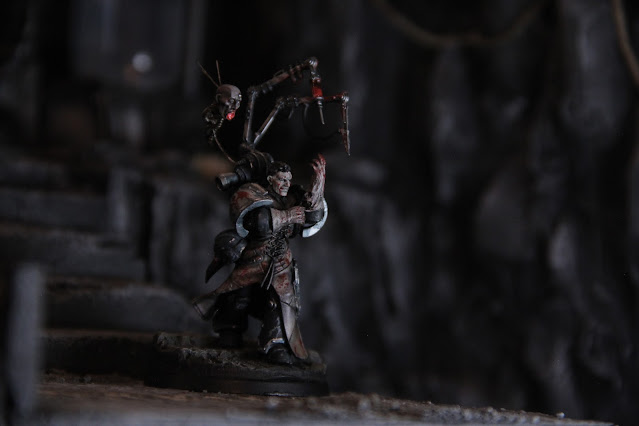 It was once again our collective hobby inspiration that sparked the idea for our latest gaming day - Ollie had created the insane Night Lords Apothecary some time ago and we knew the model deserved a proper story arch. Unfortunately the Chief Medicae Consul is quite a rare unit choice and Ollie's scratchbuild is a bit too epic to be run as a regular Apothecary - sadly he hadn't seen any gameplay. Therefore we wrote him a secret narrative of his own, incorporating the villain into Thracian Insurgency as a non-player character.

Since the early days of our gaming table build we'd been toying with the idea of creating some underground features for the terrain. These ambitions were boosted as the final construction took shape and we decided to use Ikea Kallax grid shelves as the legs for the table. These have been holding some of our studio armies and literature, but the shelves would also be perfect for some terrain integration - this way the underground terrain pieces would actually be stored underneath the streets and could be used in gameplay as a separate, modular scenery setup. 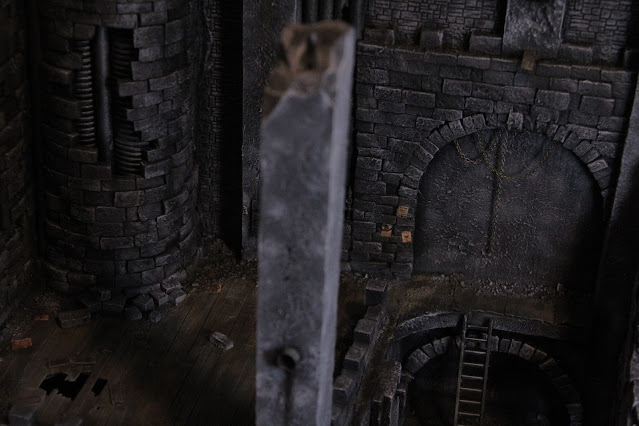 Our idea was to write a classic "mad scientist" story for the Night Lords Chief Medicae (now called Dr. Norman Bramm) and have this renegade character lead a clandestine operation from his makeshift underground laboratory. His hideous creations (inspired by both Horus Heresy Raven Guard tragedies as well as Fabius Bile's Enhanced Warriors project) would be too imposing for the Loyalist alliance to ignore and this would result in a subterranean manhunt. At first we discussed with Scott that it would be cool to build a simple dungeon corridor to surprise the other players with, but as per usual, we couldn't stop there...

Check out the entire subterranean terrain build and story arch via War Head Instagram or Facebook Gallery below! 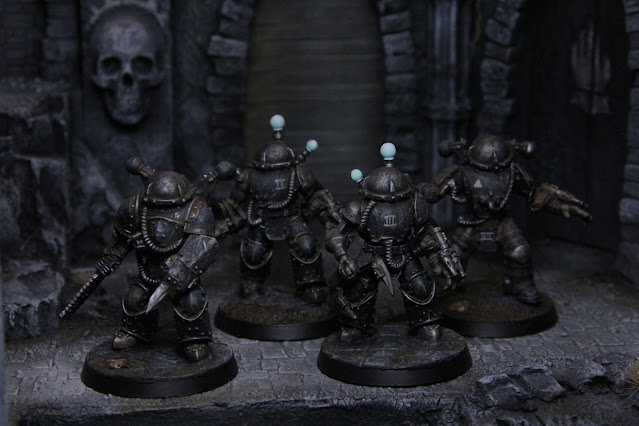