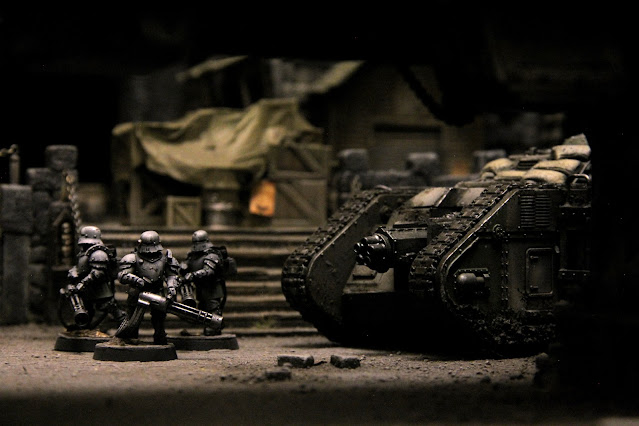 Our Horus Heresy campaign is set in a medieval world that has been influenced by some of humanity's technological developments - a peculiar mix of old and new, superstition and science. Although most battles are fought between the Loyalist and Traitor Legions, their campaign quest originally began as brothers-in-arms, collectively aiming to liberate Thracia Rex from a rebelling Governor and his insurgent forces. However, the timing of the galactic civil war was unfortunate, and the insurgency soon turned into an all-out civil war between humanity's finest.

For the first stages of the campaign all of our participants worked in co-operation against "non-player character" forces, more precisely the Thracian feudal guard as well as their alien and mercenary allies. To represent these detachments we've made dedicated models and vehicles, painted in the same palette and basing theme as our campaign board. We've had a really inspiring and relaxed approach with the militia forces with @wrhd_ollie, as we've just been crafting a unit here and there and completing the paintjob and basing in one sitting. Suddenly we've ended up with a small feudal guard army in our hands!

In the next posts we'll be showing some of the Feudal Guard units on our Instagram - hop on the Heresy train! 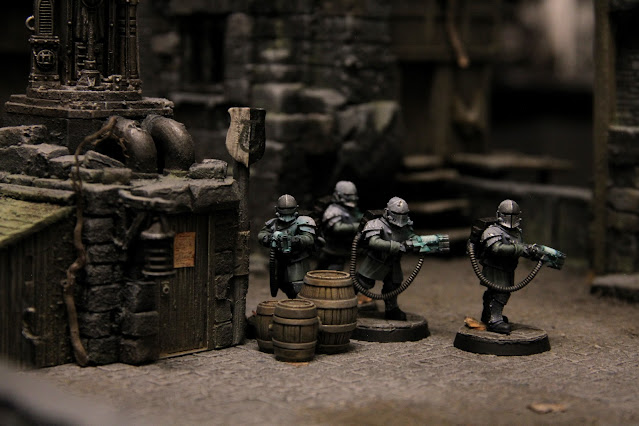