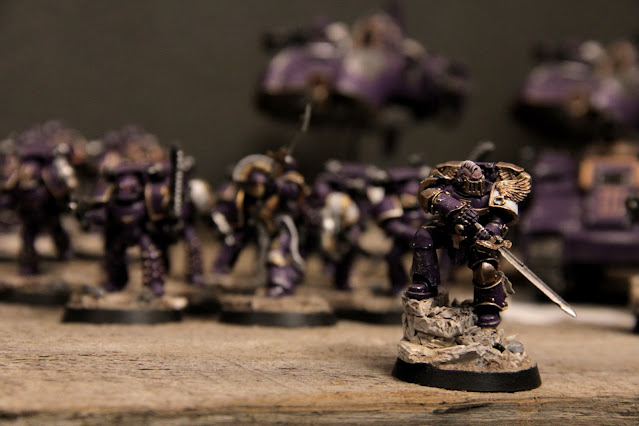 We only recently realized we haven't properly photographed Noa's original "Praetor's Orders" Emperor's Children army, which was made for Helsinki's Armies on Parade competition a few years ago. The initial Third Legion ensemble has since grown in size with additional units, heroes and most notably war machines having joined the original display based force. Taking advantage of some of the new lighting features in our studio we arranged a quick shoot to right the wrong and immortalized the collection for War Head archives. For the (false) Emperor! 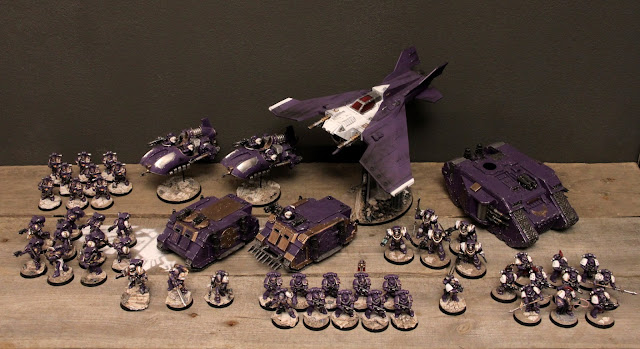