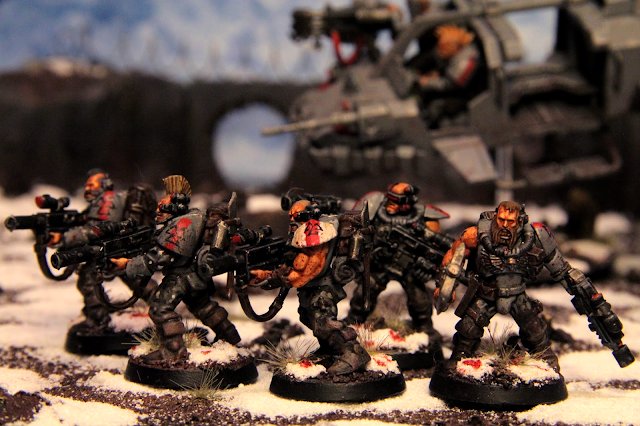 Some of you might have noticed some new, cool forces gracing our store section's cabinets this summer. These are hand-picked highlights from our dear player community and from Fight Club combatants that have been kind enough to have us display their armies! This exhibition will now be accompanied by mini interviews to shed light on the artists behind these brilliant collections. These interviews are conducted in English because of our community's international flavour. Today we introduce Wolf Lord Antti Halonen!

Who are you and what do you do besides play wargames?

My name is Antti Halonen and I’m an IT engineer. My hobbies besides wargames are all of the other nerdy hobbies.

How did you first begin the hobby?

I got interested in the world of 40K in the early 90’s when I first played Space Crusade (or rather read the awesome rule and campaign books).

I started the hobby in 1999 when I moved to another city and met Jamo who was playing Fantasy Battle at the time. I got really interested about wargaming, but the price of an army was a bit too much for me then. Then Mordheim was released and it was the perfect place to start the hobby.

After about a year of playing the crap out of Mordheim my dad gave me a Battleforce of Space Wolves instead of the Mordheim figures I asked for (an easy mistake to make) and I was a Space Wolves player from that point on.

What armies do you play? What's your favourite kind of roster?

Well, this is the part where my obsession shows. I have the following armies:

I like to play lists that can punch and shoot, but I like the punching more. So Grey Hunters/Slayers in Rhinos with some support units is a good fit for me. I also like to make themed lists, but they aren’t always the most fun to play. But they are the most fun to build and paint.

What is your fondest gaming memory?

My fondest gaming memories are from the countless games of Mordheim I have played. In one campaign my Witch Hunter captain had Stupidity and Frenzy. That guy was really out of control. In one game he first jumped out of a third floor window because of Stupidity and then charged into a Possessed warband alone because of Frenzy.

In another campaign I had one orc that was constantly failing the Animosity tests and was killing his “friends” left and right. He even killed my warboss, so naturally he became the new boss. 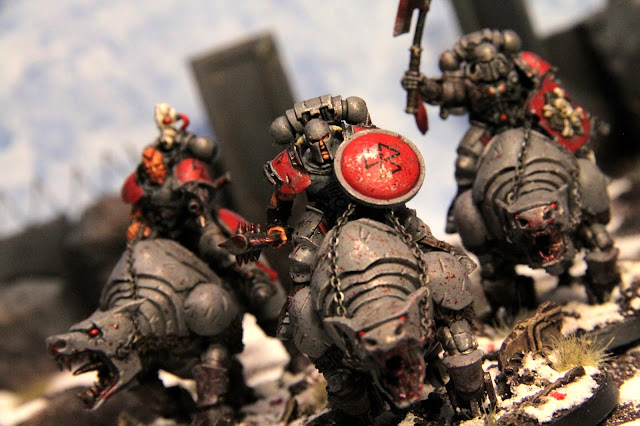 What is your best tournament / campaign achievement?

My best tournament achievement by playing was that one time I would have won the Ropecon 40K tournament, if my points would have been calculated correctly.

But the important achievements are the numerous Best Painted army awards I have won. Finally the years of painting and converting are bearing fruit and I am happy with the minis I can do.

Who is your arch rival in the Fight Club or in tournaments? Describe your relationship!

My oldest arch rival is Jamo and his Eldar. I have been fighting those from the start. He hasn’t played 40K lately, but I hope that the 8th edition will change that.

Nowadays the artist formerly know as Natunen has taken the spot of the arch rival and the games with him are always fought with vigour. These games are not for “Forging the narrative”, but for becoming a better player. You can play hard without being a dick!

In 30K tournaments, Noa and his Iron Warriors seem to find my Wolves every time and the games are always fun and hard fought.

Who is your favourite character in the 40K lore? Why is that?

My favourite character is Lufgt Huron, before he became a Chaos Lord. His story and the story of the whole Badab War isn’t the same “Marines good, Chaos bad” story that gets repeated ad infinitum in the fluff. Huron feels like a real character and not just a caricature evil dude. I really hope that Forge World remakes the Badab War books for the 8th edition.

A single commendation and a piece of criticism for the 8th edition?

I like the removal of the bloat of rules that have been piled on the 3rd edition rules during 4th - 7th editions and codexes. The game actually feels like a different game now. Too early for me to tell if the new core rules are actually better than the old one, but I’m mostly liking it so far.

One thing that I don’t like in 8th is the format of codexes and indexes. I would prefer that I could see the points costs in the datasheet and that the rules that do the exactly same thing would have the same name i.e. Deep Strike should be called Deep Strike everywhere, etc.


Thanks Antti and have a good hunt!