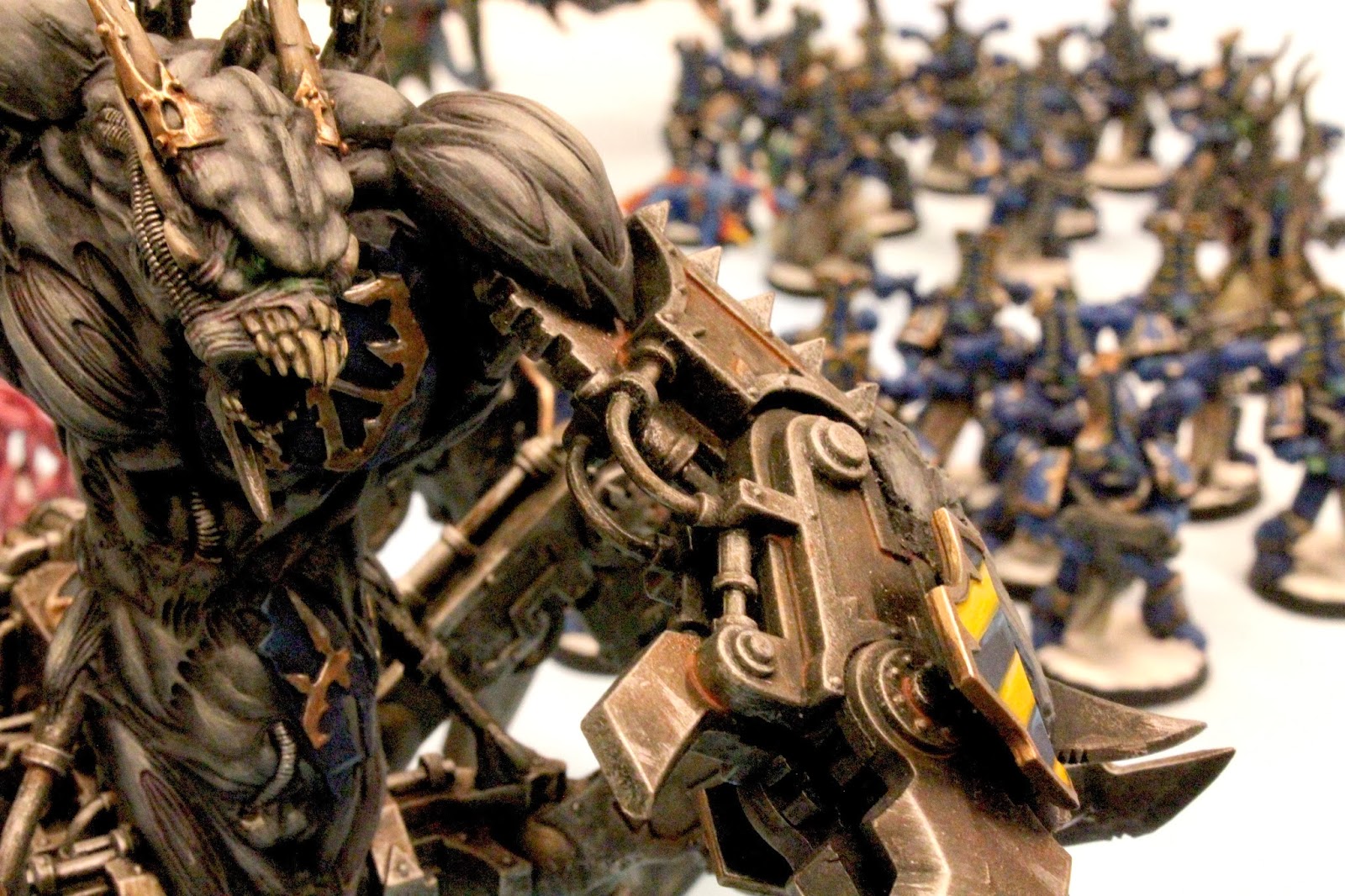 Ahriman the Sorcerer's tall force staff gleamed with green hue as his enormous robed figure climbed the length of the icy stairs towards a round altar. Three dark confederates were waiting him to join them, a silent, motionless warrior in power armour, a shaken cultist leader and an invisible force that was all too apparent for the great sorcerer. He felt the daemon's presence from afar and challenged it's influence with his psychic stature.

"What is new?" his sharp voice adressed through the helmet speaker grill. His form laid a long shadow upon the nervous cultist champion whose black and blue cloak was tied tightly around his feeble body.
"The defense of the ancients is solid, my lord. We lost two orders of brothers in their sniper crossfire before we were even able to examine the Black Wall." the cultist spoke with a high-pitched voice, simultaneously altering his balance from a leg to another. He fell silent for a while and then drew breath before continuing.
"I must also report that we lost the brilliant icon your excellence most graciously gifted us."
The sorcerer said nothing, as he had foreseen this and the icon was exactly where it was supposed to be. The relic would be recovered soon according to his scheme.
"The harlequin labyrinth has to be breached before the third solar eclipse takes place and their bonesinger choir is at it's weakest. You are to press against the immortals as long as it is necessary. The Rubric must make their offensive maneuvers at once." Ahriman spoke and the previously immobile, armored construct suddenly turned away and walked slowly into the escalating blizzard.
"Even if we hold their warriors back, my lord, we still don't have a way around them" the cultist whispered, wondering if he'd be gifted a horrible mutation for his lack of faith in his sire. Ahriman shrugged and took steps into the center of the altar, feeling the daemonic essence empowering and bursting into cackling laugh in it's immaterial dimension. The sorcerer had just whispered the command word to activate the icon's dark aura.

"You must know, dear Elibos..." Ahriman voiced. "..that things have the nature to change."